The IBM Electrographic pencil looks like a advertising pencil, but it was not meant for the general public. Though it was made with a specific purpose in mind, this pencil has become quite famous in the pencil collecting world for being a great writer. Does the price and lore behind this pencil hold up to how it performs?

The IBM Electrographic pencil was developed in the late 1930s to be used with the IBM Mark Sense technology. These pencils had to make marks that could be read by scanning machines. The cores of these pencils were made in an electric furnace that produced a graphite that produced a shinier and and darker line, as we’ll see below. 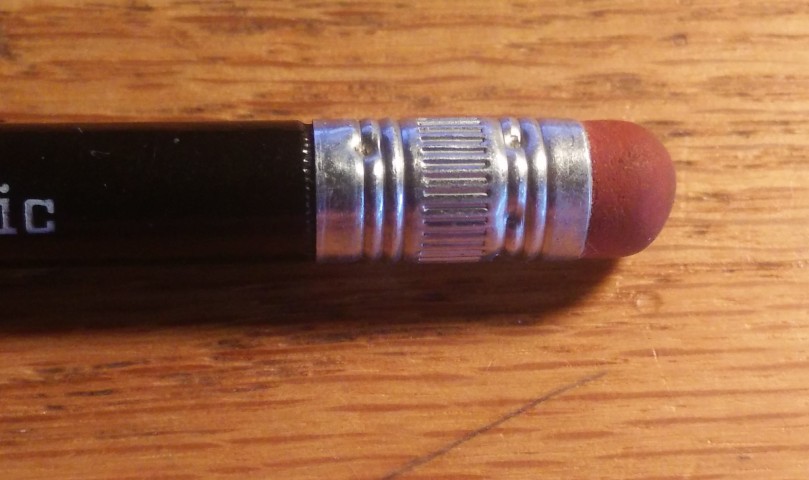 The ferrule is a plain silver ferrule that is poorly attached. While these pencils are all vintage and used, the looseness of the ferrule is quite unique in comparison to other vintage pencils.

The eraser feels supple, but does not erase. Instead, it produces an ugly red smear on the paper now.

The graphite and the wood are superb. The wood sharpens easily and the graphite looks so nice and smooth on the surface. The paint is done all right. It appears to be a thin layer, as small dents easily expose the wood underneath. 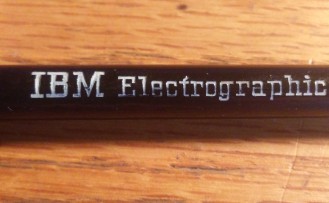 I purchased these pencils in a lot of three. I noticed that one of the pencils had a slightly different logo. The “t” in “Electrographic” on the left pencil is straight up and down, while the “t” on the right pencil is a bit tilted. Since the lettering is actually imprinted into the wood, I this must have either been a variant or a manufacturing error instead of a smear. 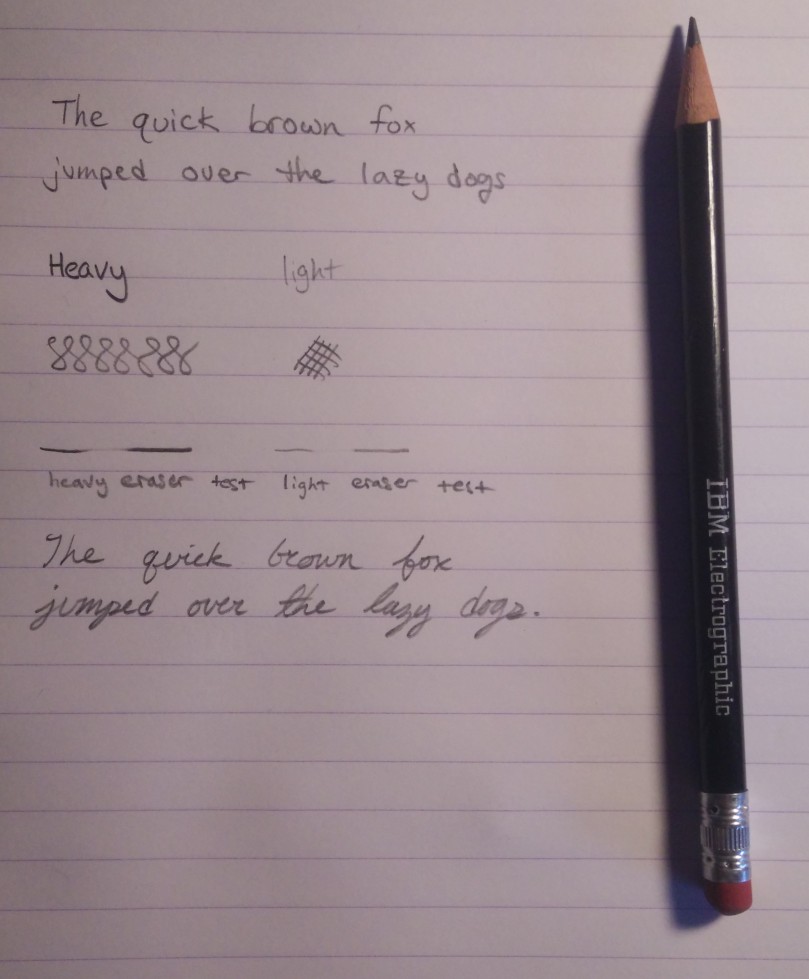 The IBM Electrographic performs wonderfully. It is very smooth and puts down that nice dark line. It is quite consistent and is easily erased. Though the lead feels soft, it wears down surprisingly slowly and I never felt as though I was writing with a flat surface.

I didn’t like the weight lacquered feel on the round body. Perhaps I’m more used to hexagonal pencils, but the round smooth feeling makes writing feel a tad weird.

The IBM Electrographic Pencil should be praised for its excellent core. I wish more pencils felt this smooth and put down such a dark line. The pencil, however, does not have the best fit and finish and the lacquer makes it a tad annoying to use. However, I’ll definitely be using these pencils and will get some more if the price is right.