I’ve always been a sucker for vintage and old styles, so the Shilin Cutter, with its large blade, thin handle and brass construction, appeals to me in many ways. The knife has an interesting history, with its manufacturing starting off in mainland China before moving to Taiwan during the Chinese civil war. It’s modern history is a bit messier, with family squabbles taking down the main manufacturer and a wave of custom makers spawning. For a fairly comprehensive history and overview of the Shilin Cutter, check out this British Blades forum post.

I acquired two examples of the Shilin Cutter this past summer at a small knife shop in the middle of a traditional market in Taiwan.

The first knife that I saw was this small one. The blade length is about the diameter of a quarter. It was kept under a glass panel in an old plastic bag. I immediately said “Yes, I’ll take it” before asking if she had anymore.

She pulled out this larger knife (size comparison at the end). She would not let me remove the knife from the bag it was kept in nor would she open it in front of me. I looked it over and it seemed like any other NOS (new old stock) knife, with a bit of patina and discoloration. Boy, was I wrong… 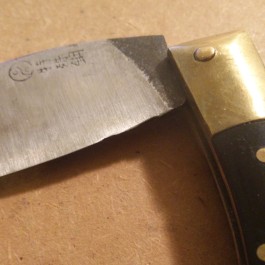 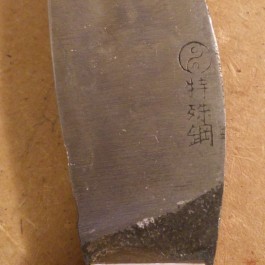 This larger knife had a multitude of issues, including a backspring that was so not flush that it makes the knife unusable. The sharp brass edges catch in the nooks of my hand making any task impossible. Furthermore, there was a rolled edge and the stamped logo was very faint.

With both knives, there was a thick layer of a mysterious “gunk”. I would assume that it is a type of oil something to keep the blades from rusting. I was told the smaller knife was made out of “white steel” which, if it is like anything the Japanese use, is a high carbon steel. While I was able to get most of this substance off the smaller knife, it was much more difficult on the larger blade and I eventually gave up.

I am disappointed with this experience? Both yes and no. I got one knife that I have no idea what to do with. I might experiment with grinding down either the blade or the backspring to make the larger knife useful, but that will be a project for some time down the road. On the other hand, I absolutely adore the smaller knife. Sure, the backspring has some gaps with the scales, but I honestly don’t mind that much. The knife wasn’t meant to hard tasks and as long as it stays on my desk or on my keychain for use as a letter opener, I don’t see myself noticing its flaws.

Next time I’m in Taiwan, I’ll check out some of those custom makers. The prices can get a bit high, so there’s no guarantee that I’ll purchase anything.

As a piece of history, these knives are certainly interesting. As tools, their design has the opportunity to be much more than the examples that I have. With tighter tolerances and more attention to detail, I could see myself “EDCing” one of these. 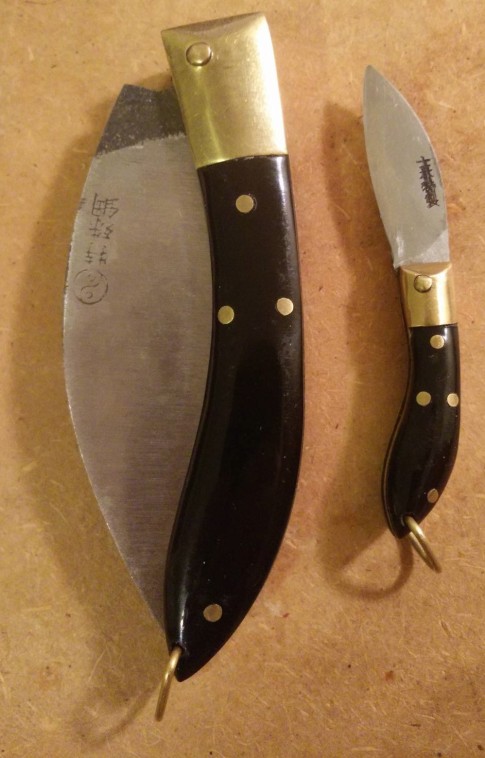